I took another crack at the plains lakes today and found some nice, big rainbows willing to go after the nymphs. Nothing up top again this time, even though I tried quite a bit. Water boatman were smashing the surface all over the stillness of the lake. I had no idea how many of them could materialize in the fall nor what their flight capabilities were. I had them continually bouncing off of me and the boat during the height of their activity. Fish were taking them just under the surface causing large boils across the still expanse of water. I boated about a third of the fish I hooked today but all were 20-24 inchers which makes for one heck of a nice day on the water. 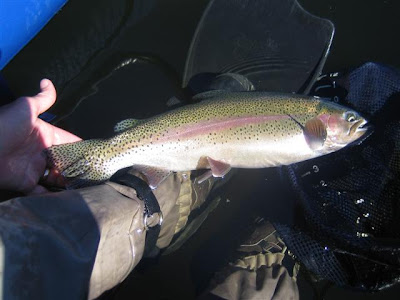 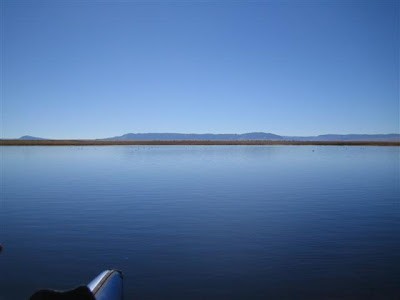 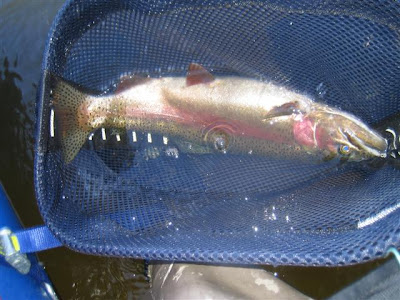 Posted by wyoflyfish at 11:06 PM No comments:

Slower Day In The Wind

The wind was capping the lake today and although Eric, Floyd, and I headed out to take some shots on fish, it was tough fishing. We did manage some fish though and the ones we landed were stout rainbow trout that made you work down to the last second of netting them. Nymphing with PTs and midges was the key to the few fish we were able to take. Eric did get some on shore with the trusty hopper as well. 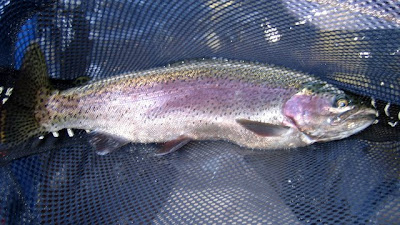 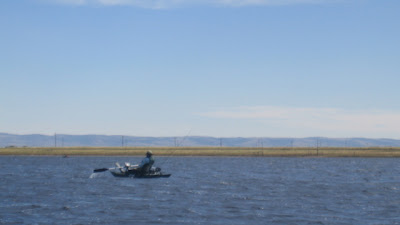 Posted by wyoflyfish at 9:47 PM No comments:

After a call with Shoe on Saturday night, he was packed and on his way Sunday with Willi in tow. They met up with Eric and I at the lake and we proceeded to have a great day for rainbows. I couldn't get the hoppers working on Sunday but the nymphing rig was producing and there seemed no reason to deviate from the hot subsurface action. As afternoon arrived, Eric decided to leave and Shoe and Willi curiously headed to another lake after a banner day, but I decided to hang around and see what would happen that evening. The nymphing continued to pay off but the sheer number of caddis landing on the surface of the lake later in the evening had fish sporadically rising. I switched over to a dry for a while but there were so many naturals on the water my caddis patterns were ignored. The massive volume of bug life descending on the water was incredible. It was really something to see. I called it a day as the sun waned and was thankful to have such a beautiful day of fishing with friends.

Posted by wyoflyfish at 9:02 PM No comments:

Eric and I made it out for a few hours to tempt rainbows with hopper patterns out on the plains. The fish are looking up for them with some consistency and these are the biggest trout either of us have ever had regularly rising to a dry. The good grasshopper populations this season are paying off in opportunistic trout paying attention to the surface. 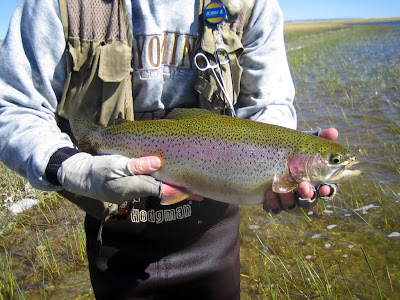 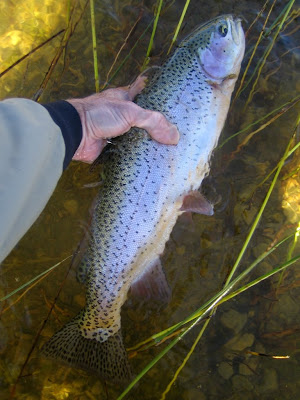 Posted by wyoflyfish at 11:48 PM No comments:

Adam and I headed to the river for a float on a different section. We talked about it as an all day trip, however neither of us took into account the 2600 cfs flows at the time and our section got a little faster than we planned. Typically at 500 cfs it could be a nice float length. At least this lower section had some high desert beauty around and made for interesting scenery. We were finding fish but I boffo'ed every hookset or lost the fish when I was casting. I even broke one off in an over exuberant Jimmy Houston like display of way too much rod backbone. Adam did manage to boat one lone rainbow but it was a slow day overall. We were hoping for the hopper bite but it did not materialize. At the take out the hoppers were all over the place but apparently the wind wasn't strong enough to be salting the water with them. We talked about trying some other water on the way home but were both tired and called it a day. 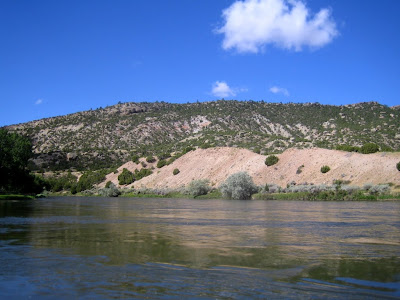 Adam casting to a large eddy 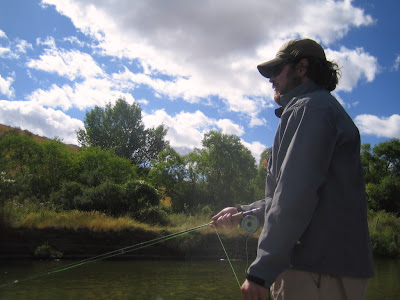 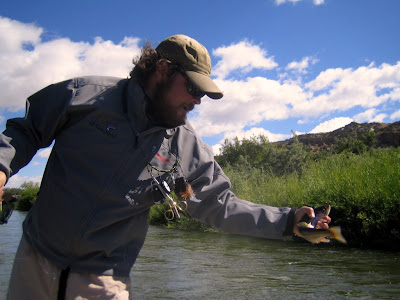 Posted by wyoflyfish at 11:09 PM No comments: