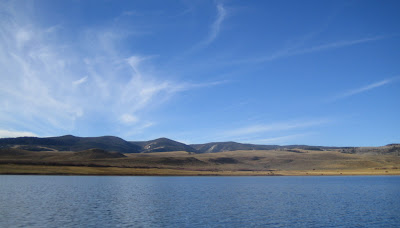 I headed out early this morning to a nearby lake that has a surprisingly good population of brown trout. This time of year they are usually geared up and in full craziness due to the spawn. The fish slam streamers and buggers with abandon. After arrival and gear up I started the day with 8 strikes/hookups on my first 10 casts resulting in two fish landed. The insanity continued from there for the first 2 hours of the morning with buggers really appealing to the fish. As the morning progressed Eric arrived, and then Willi and Steve showed up as well. The egg bite seemed to take off in the late morning hours and I picked up a few on eggs, mostly males, but the egg bite is not nearly as fun as the destruction the fish level upon stripped flies. There tends to be a midday lull and today was no exception. I had a nice lunch and used the Jetboil to make some hot coffee. Eric and I basked in the sun and ate casually knowing the evening held more promise if the past was any indication of when to be on the water. The lull got to Willi and Steve and they decided to move to some other lakes and see what else was going on in the valley. Eric and I stuck it out and right on cue in the afternoon the brown trout masses moved in and were all around us. We were working a good mud line and you could pick fish up in any direction casting from our waist deep wade in location. The heavy strikes on the bugger continued on almost every cast. Eric and I finally called it a day about an hour before dark. It was perhaps the fastest bugger/streamer fishing I have ever had at this particular lake. Definitely a day to remember. I did manage one lone cutthroat in the mix as well. I was glad to find him in there mixing it up with the browns.

First fish of the day 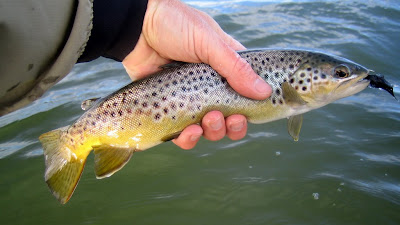 Some nice browns mixed in throughout the day 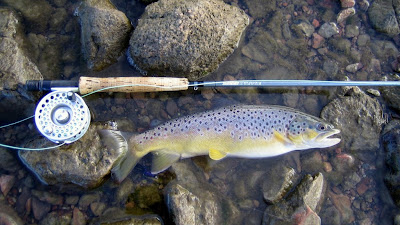 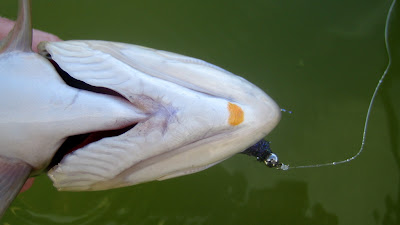 A male that liked the egg pattern 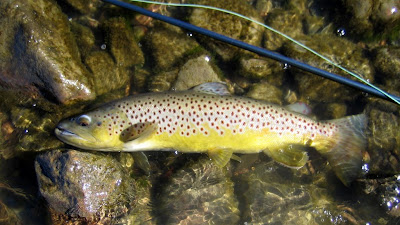 Willi fights a brown that dipped the indicator 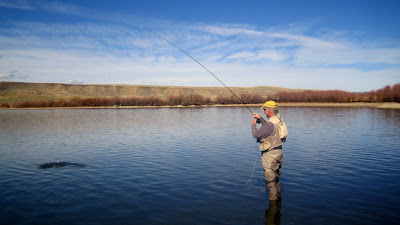 My lone cutthroat on the day 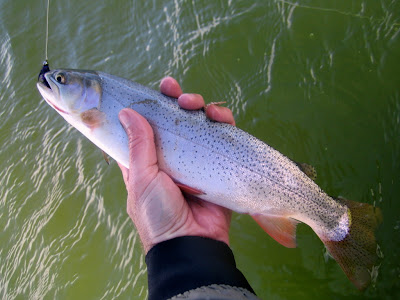 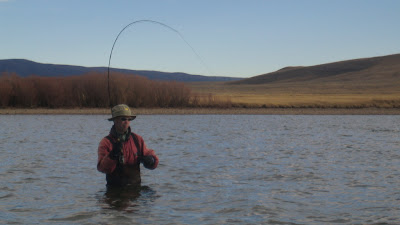 Eric with a landed trout 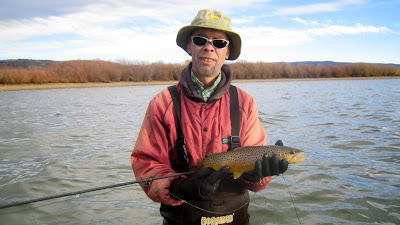 One of the expansive vistas on the way home 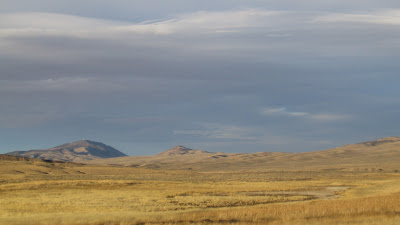 I got out for a walk and decided to strip the leech to see who was active in some old haunts. Less than an hour to cast, but I got lucky and pulled a two species afternoon. The wind was brutal but enough at my back not to cast into the grass and blow out every hole. The rainbow was quite a surprise, this is typically predominant brown trout water. It felt good to walk the edges again. 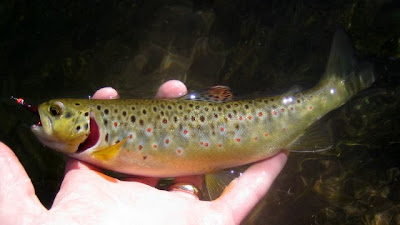 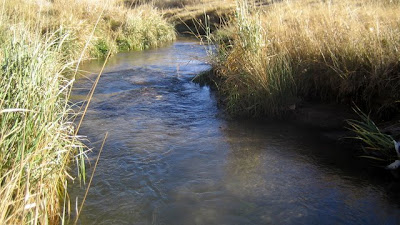 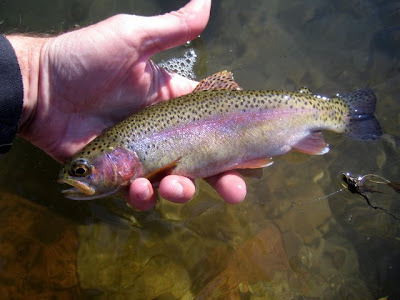 Posted by wyoflyfish at 11:00 PM No comments: